Exponential Technologies in a Nutshell

The uncertainty about our professional future, the increasing volatility that exists in the products and services we consume, the huge complexity and ambiguity in the relationships we establish make it hard to hold on to something tangible and safe in the Digitalization era. But there is a phenomenon that may help us better understand why all these changes are happening so fast: Exponential Technologies.

To have a good understanding, we need to understand several factors:

Faster adoption of products and services

When we look at the levels of adoption of technology in recent times, we can observe that the time for new products and services to reach our lives is becoming increasingly shorter. While it took 64 years for airplanes to reach 50 million users, it only took 19 days for a small viral app like Pokémon Go. 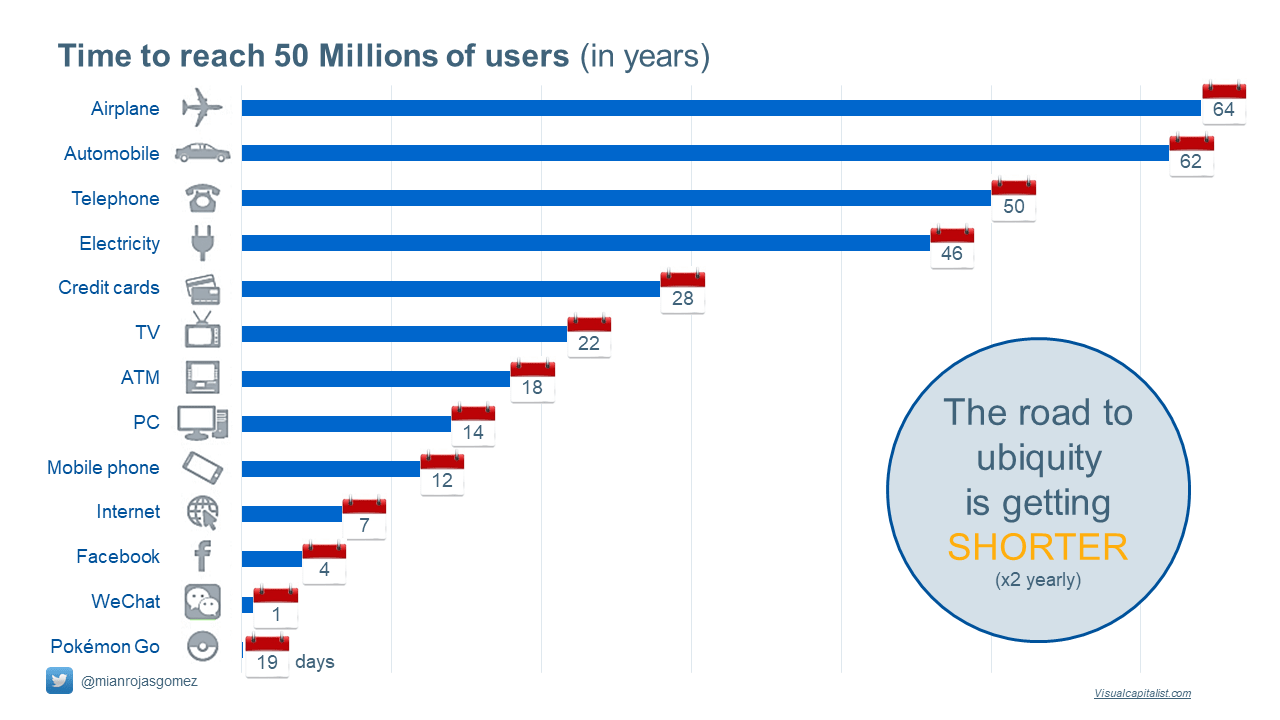 One of the main reasons for this phenomenon is that we are more and more connected. Every time we decide to join a (social) network:

So, there is an exponential factor (Metcalfe´s law) in the number of connections when new people (nodes) join these networks.

Everything is likely to be digitalized

In the 20th century, a lot of effort and money was required to market a product to a global audience. The components of these products had to be extracted from nature, adequately manipulated, assembled in endless assembly lines, then distributed to different countries, and finally, they had to be sold. Besides, if they were sold as services, the support for these products during all their life cycle had to be provided as well.

However, nowadays everything is likely to become a bunch of lines of code (programs and data) executed on thousands of computers…

Most of you know Moore’s Law: the number of transistors in an integrated circuit doubles every 2 years. To put it simply, it may be concluded that the performance of computers follows a similar progression (at the moment any mobile phones in our pockets have a better performance than the computer on Apollo XI, which was used to send the first man to the Moon in 1969). This is one great example of an exponential progression.

When information is digitalized it is much easier to access, share, distribute and send it through the Internet at unbelievable speeds. The restrictions of the physical world no longer exist. And once a product can be represented by a series of zeroes and ones, it has the potential to become an exponential technology. It is due to the fact that the computers process those programs and data follow the same exponential progression in performance mentioned by Gordon Moore.

But how much does it cost?

But someone might think that by attaining twice the performance of a piece of technology compared to another one, its price would double, thus causing reticence to adapt it among customers. But just take a look at our phones; they are not exactly twice as expensive if our favorite phone brand promises to double their performance in the next new model compared to the last one… Curious, isn’t it?

According to Ray Kurzweil (1999), an exponential technology doubles its performance over a specific period of time while its cost is reduced by half (¡!). 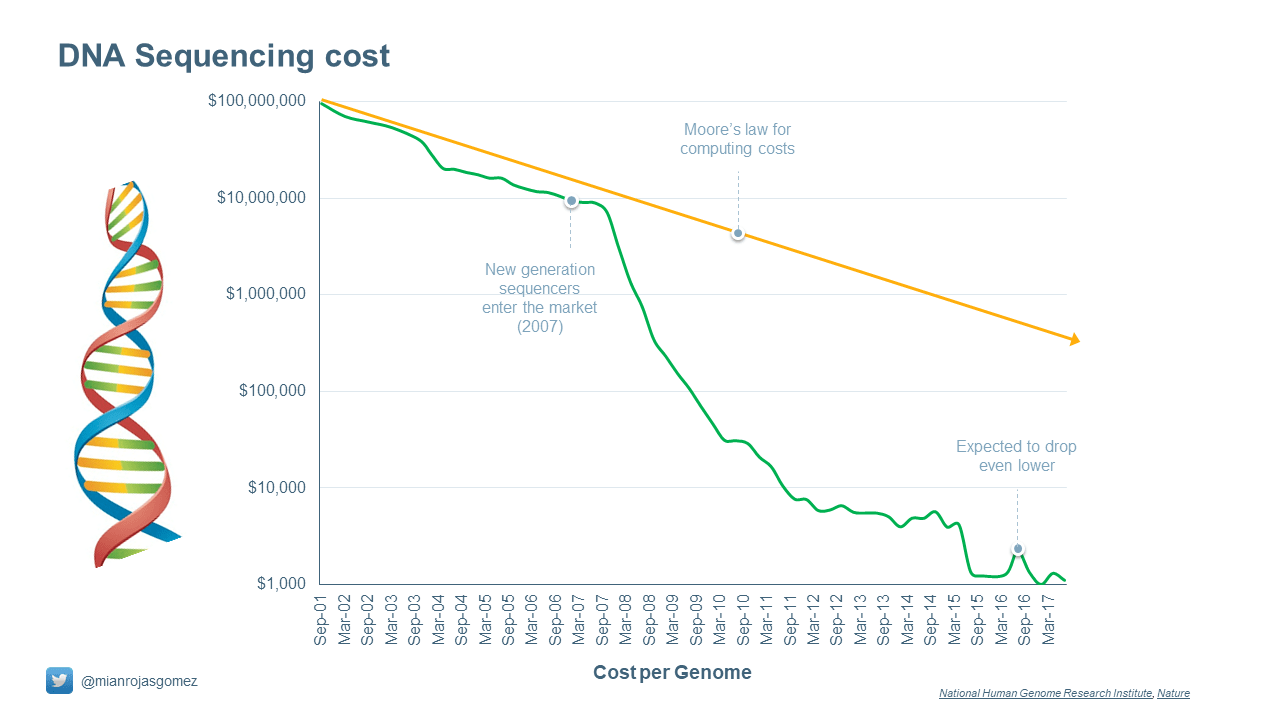 Why they are so difficult to spot

The obvious question that arises is why companies (mainly with traditional business models) take such a long time to react to them. And this is not an easy question to answer.

Let’s imagine for a moment that our company uses a technology which a big part of our annual revenue depends on. Of course, we optimize it a bit every single year (as a general rule its gradual improvement tends to be much lower than 10% yearly). 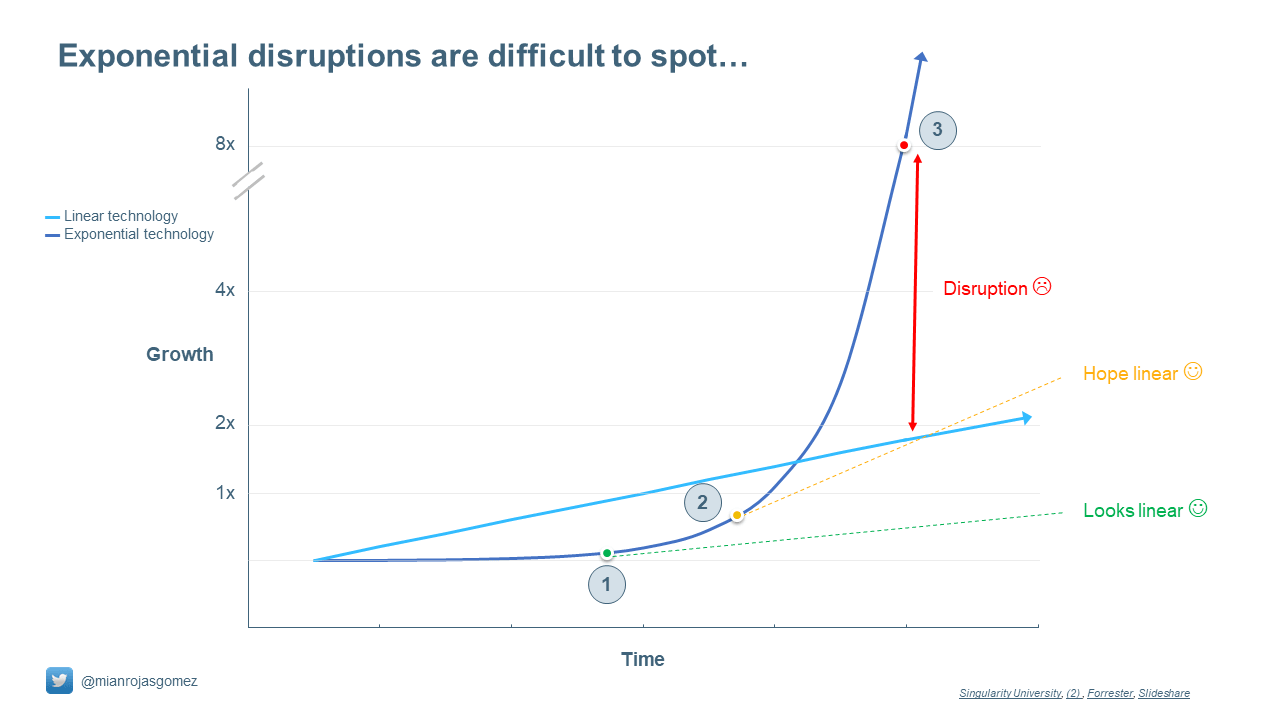 Disruption of exponential technology on the market

However, one day we may notice that a startup is using quite a different technology to ours but it affects our market. Its results are rather disappointing (see point 1 in the picture above) when we look at it. Its progression is 0.001, then over the next period of time it goes up to 0.002, 0.004 … (in other words, practically zero). So we decide to ignore it. Conclusion: They are no rivals to our company.

After some time, though, we notice that they have already started to shake the market (point 2) with some customers. After having confirmed that they have grown more than we had expected, we decide to reassess them. We can see that if they follow a linear progression, they might reach us in a couple of years. But we still have a great competitive advantage, and we will keep on optimizing our business year after year. We are still an important company after all (Another option we might consider may be acquiring this startup at a later stage if it becomes too threatening to us)

Then one day we wake up and discover that without even having noticed it, this new technology has become number one and keeps on improving (point 3). The distance between them and us is increasingly growing.

Here is when disruption takes place…

Most of our clients have moved to their company, which is not a startup anymore. If we decide to use their technology in our business model, we would still have a long way to go (we can’t use it right away because we don’t have any experience using it); and if we keep on betting on ours, we are condemned to failure. We have reacted too late. Our business is filed for bankruptcy. (Does the Kodak case ring the bell?)

Vinod Khosla, one of the founders of Sun Microsystems (a company I worked for), conducted a study some years ago dealing with the adoption of mobile phones in the decade of their outburst (2000–2010). He analyzed all the predictions of the biggest consulting companies specialized in IT (Gartner, Forrester, Mckinsey, Jupiter) during this period. This is what he discovered:

Exponential technologies are very difficult to spot, because it is not easy for our brain to track exponential curves. We expect emerging technologies to progress linearly, and, when we discover some of them are exponential, it is already too late for companies to cope with… and disruption comes in their way

Our brain is lineal

The conclusion is that our brain is not able to easily track exponential progressions. We always try to adjust it lineally wherever possible. 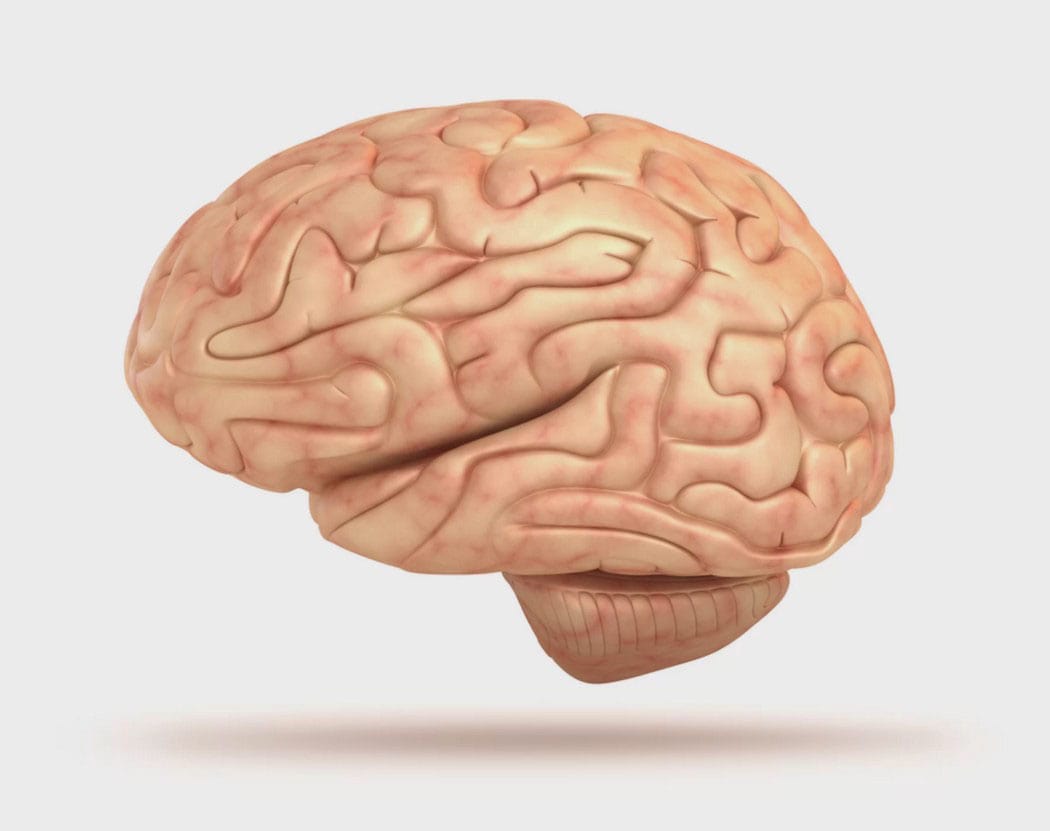 Our wonderful linear brain has been with us for the last 50,000 years (Shutterstock)

Let’s do a little test to prove it:

Let’s imagine that we are on the Sun and we are starting to walk towards the Earth on an imaginary path. Every step we make is an exponential step:

Where would we be after 30 steps? Will we at least have left the Sun’s corona?

Take a while to think about it …

The answer is that not only would we have left behind the lovely blue planet that we live on, but we would have been half the distance between Jupiter and Saturn.

You can hate your brain for that, although your brain doesn’t really care (it is programmed to work that way).

We live in exponential times

We are living in a privileged moment in the history of humanity. The fast evolution of artificial intelligence, biotechnology, nanotechnology, neuroscience, robots… makes these technologies mature so fast that we fit them into our life habits faster and faster.

It is estimated that humanity could advance more than over the past 20,000 years during this century.

Are we really going to experience the change of an era in humanity’s history? In any case, welcome to the present times. 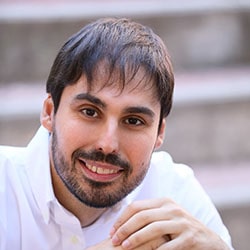 Restless human being, on a continuous journey of research to get the best version of myself. I hope it never ends.

I am a lifelong learner, forward-thinker and versatile senior IT executive with broad international experience in multiple industries over the last 25 years. Truly passionate about the value and impact of technology on people. Leading, transforming and supporting organizations forward in their digital journeys. Recognized for envisioning future trends and how they would impact customers and business models.

If you enjoyed reading this, then please explore our other articles below